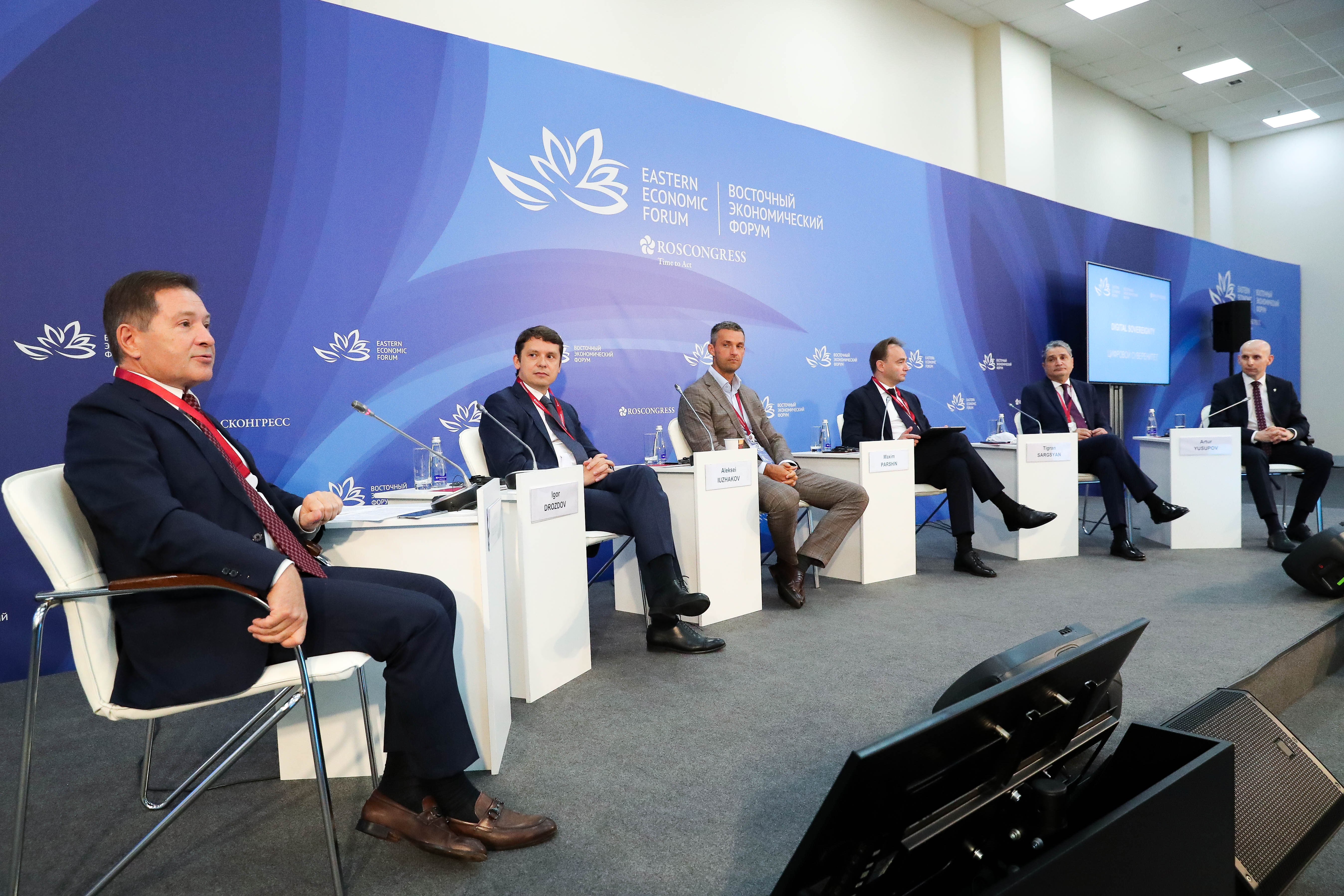 On the sidelines of the Eastern Economic Forum (EEF) on September 2, was held a session "Digital Sovereignty", where issues of the digital technologies’ development and their impact on the functioning and prospects of key institutions, including the state were discussed.

“Russia is one of three countries that faces real competitive solutions and products. We have our own social networks, search engines, voice assistants, and so on. This is the basis thanks to which we can maintain and improve our digital sovereignty,” stated Deputy Minister of Digital Development Maxim Parshin.

Speakers drew attention to the foreign experience in protecting digital sovereignty, in particular, to the European Union. “Several years ago, Europeans discovered that American transnational corporations were taking over the digital market of the EU, buying up all their new startups, accumulating personal data, that is, downloading a database of European citizens and using it for their own purposes. Then the EU adopted concept of digital transformation, many regulations, and banned American corporations from exporting personal data of their citizens. They realized that those who lose digital sovereignty can also lose political sovereignty,” highlighted Deputy Chairman of the Board of the Eurasian Development Bank Tigran Sargsyan, noting that this is an excellent example of how the functions of the state are changing due to new challenges.

However, the participants of the discussion remarked that such forms of regulation that would hinder business development cannot be introduced. “The state itself is interested in many competitive solutions on the market,” confirmed Maxim Parshin.

Igor Drozdov, Chairman of the Board of the Skolkovo Foundation, said that the rapid development of digital technologies is the reason for the legal reality where public relations are regulated not by the state and the court, but by tech companies, on whose sites various transactions take place. “This is a kind of challenge to the state in terms of digital sovereignty. The second challenge, no longer global, but more local, for Russia is maintaining its competitiveness due to the dilemma between protecting users' personal data and attracting investment from outside. On the one hand, adopted laws are aimed at preventing or complicating a wide circulation of data, on the other hand, this is also an obstacle to admitting investments in technology development. It turns out that we have to invest in public resources, but opportunities for private investment are diminishing, and our competitiveness is diminishing as well. However, in many regards, international cooperation is vital for us, especially under conditions of interdependence. On the one hand, we invest something, get benefit and indirectly promote our product, on the other hand, we depend on external products, our partners depend on our products, and this interdependence is a good basis for cooperation," added Drozdov.

Eastern Economic Forum takes place on September 2-4 at the Far Eastern Federal University (FEFU). Key topic of the forum this year is “New Opportunities for the Far East in a Changed World”.