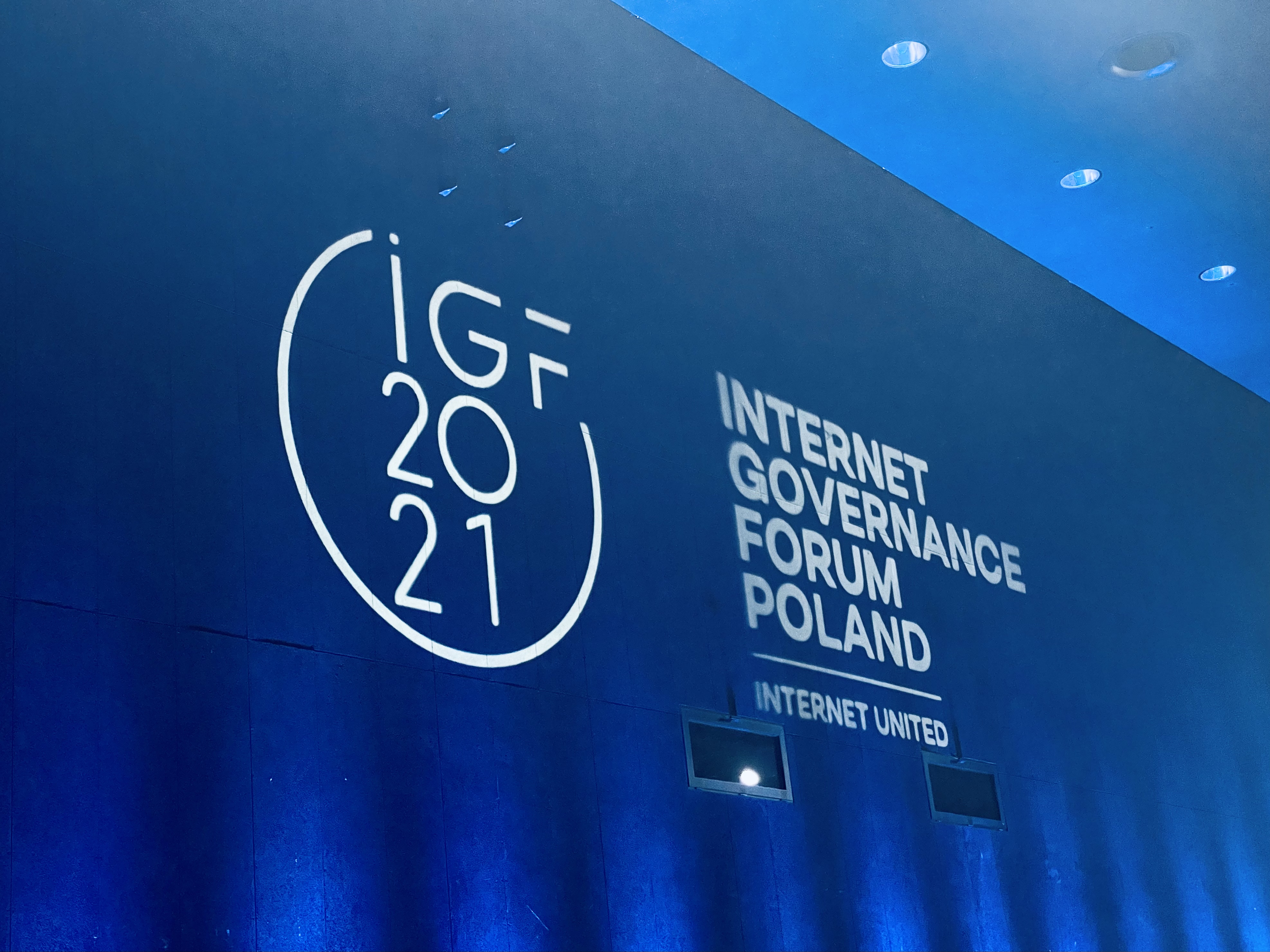 The second day of IGF ended in Poland

The UN Secretary General Antonio Guterres recorded a video message for the Forum participants, which was shown during the opening ceremony. He expressed the hope that the Forum will help with uniting civil society to develop, among other things, a Global Digital Compact, the idea of ​​which was proposed by the Secretary General this year. “The global crisis has highlighted the life-changing power of the Internet. Digital technologies have saved lives by enabling millions of people to work, study and socialize safely online,” he said, stressing that “the pandemic has also increased the digital divide and the dark side of technology: the lightning spread of disinformation, manipulation of human behaviour, and more”. According to him, the IGF has a crucial role in shaping the conversation. “I hope this Forum will give momentum and accelerate progress. I urge you to show courage and wish you successful work,” concluded the Secretary General.

UN Under-Secretary General for Economic and Social Affairs Liu Zhenmin, Polish President Andrzej Duda and Polish Prime Minister Mateusz Morawiecki also addressed the Forum participants from the stage. They agreed that the Internet is one of the most important aspects of our lives at the moment, especially during the pandemic, when rapid digitalization is definitely changing our perception of reality. However, many questions arise: how to deal with emerging technologies and how to counter digital threats? The answers can be found by the participants of the Internet Governance Forum, which brought together representatives of business, government, academic and civil communities.

At the high-level plenary session of the United Nations Internet Governance Forum (IGF), dedicated to investments in the development of the digital environment and transnational digital cooperation, Russia was represented by Dmitry Chernyshenko, Deputy Prime Minister of the Russian Federation. “Russia is open to dialogue to develop joint solutions within the global digital agenda and supports the UN initiative to develop a Global Digital Compact. In addition, Russia is going to become a host country at the XX IGF in 2025,” he said.

The session brought together high-ranking representatives from various states. The Forum participants were addressed by the Officer-in Charge of the Office of the Secretary-General’s Envoy on Technology Maria Francesca Spatolisano, Minister of Innovation and Technology of Ethiopia Huria Ali Mahdi, Minister of Information and Communications of Sierra Leone Mohamed Rahman Swaray, Vice President of the European Investment Bank Teresa Czerwinska, French Ambassador for Digital Technologies Henri Verdier, Special Envoy on Digital Issues of the Ministry of Foreign Affairs of Latvia Viktors Makarovs.

Ethiopian Minister of Innovation and Technology Huria Ali Mahdi spoke about preparations for the Internet Governance Forum 2022, as this African country will be the next host of the event.

Alexander Khinshtein, Chairman of the Committee of the State Duma on Information Policy, Information Technologies and Communications, spoke about Russian initiatives in the field of digital space regulation at the parliamentary debates at the Forum. In particular, he mentioned the recently adopted “landing” law, which obliges foreign Internet companies, whose daily audience in Russia exceeds 500 thousand users, to open a representative office, branch or establish a Russian legal entity in our country.

The XVI Internet Governance Forum is taking place in Katowice (Poland) from 6 to 10 December. The main theme of the event is “Internet United” - an open, free Internet that unites all its users into a single community. An Internet that respects the rights of every user.