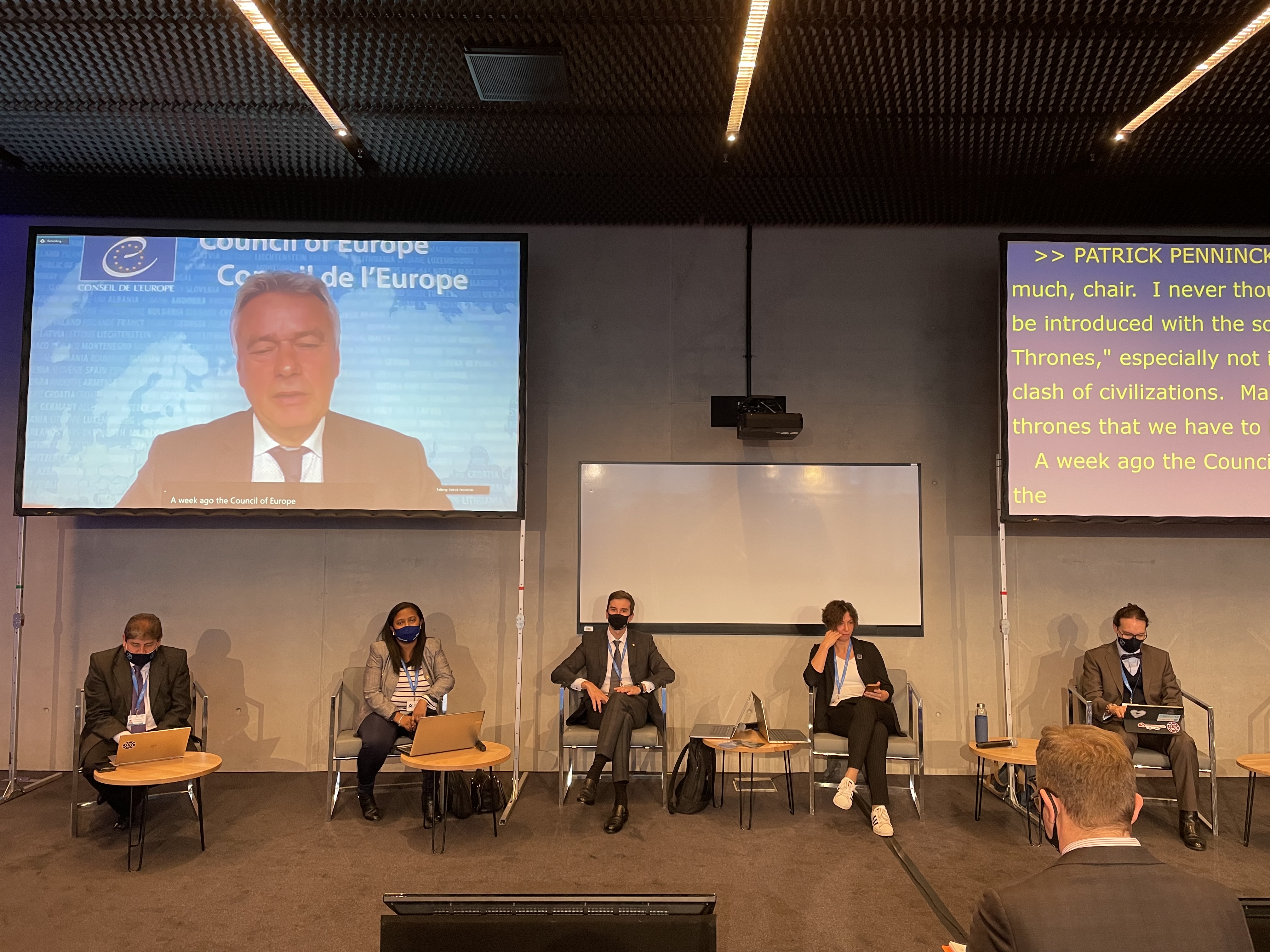 On December 9, during the Internet Governance Forum (IGF) in Poland, there was held a main session on the best practices of digital space regulation. The track on the developed regulatory measures is one of the crucial ones in IGF-2021.

Stakeholders around the world are increasingly exploring legal and regulatory approaches to addressing the challenges posed by the rapid digitalization of different spheres of life. However, the very nature of the Internet as a limitless interconnected system makes it too complex for only one country, company or organization to manage the processes in it. Therefore, regulatory measures should be developed together, using the best practices and approaches of various players.

The speakers of the main session agreed that for the digital space certain rules should be developed and legally grounded regulatory norms should be adopted. However, this should be done in a balanced way, taking into account the views of all stakeholders.

Today there was also a session organized by the Center for Global IT Cooperation, called “The Clash of Digital Civilizations: Governments and Tech Giants”, where the speakers discussed the acceptable rules of the game for digital platforms at the moment.

Digital platforms have become an integral part of our lives. They provide many opportunities for government, business and ordinary users. They are powerful drivers of economic development. At the same time, their increasing role in economic and political processes makes us seriously question their rights and responsibilities towards ordinary users and the national governments.

The jury is still out on what rules of the game should digital platforms follow, including what legislation (countries where they are registered or operate) IT giants must follow, and where to pay taxes. This also applies to the policy of the issue of data management and content moderation.

In addition, as digital platforms use artificial intelligence for moderation purposes, sometimes the content that does not pose any threat is eliminated or access to it is restricted by mistake, though it does not violate the terms of use. These mistakes, if they occur often, may be considered politically motivated by some governments. How should governments and digital companies react to that kind of content moderation? And what should we all do to avoid such mistakes?

The speakers of the session were MAG member from Latin America and head of ISOC Bolivia Roberto Zambrana, MAG member from Africa Hariniombonana Andriamampionona, head of the Information Society Department of the Council of Europe Patrick Penninckx, head of the Philippine company Suyomano Mary Lou Rissa Cunanan, MAG member from Western Europe Lucien M. Castex and Representative of Russia in the Multistakeholder Advisory Group Roman Chukov. The session was moderated by Anna Dupan, Director of the Institute of Legal Regulation Problems at the Higher School of Economics.

Patrick Penninckx noted that we should not put too much responsibility for regulation on digital platforms as some governments tend to. Now they have literally become media giants, but at the same time do not cope with content regulation - the fight against fakes, hate propaganda destructive content. He stressed that it is important to strike a balance in developing regulatory measures.

“The Internet gives us many opportunities, but it also creates risks and challenges. There is now an active discussion in the EU regarding the regulation of disinformation. For example, in France, a law is being developed that creates a mechanism for removing “fake news” from the Web. To do this, you need to get an affirming court order, and then the digital platform is obliged to remove the information. However, this raises the question of how to preserve the freedom of speech,” said Lucien Castex, also supporting the statement of his colleague from the Council of Europe on maintaining a balance.

The representative of Latin America, Roberto Zambrana, raised a very important issue of taxation of tech giants. He noted that almost all digital platforms do not pay taxes in the countries where they operate. They claim that taxes are already paid in the country they are registered in, and the IT giants are not going to pay them twice. As you know, the OECD is currently developing a solution to this problem – the Global Digital Tax. “Another regulatory issue is the ‘Terms of Use’, which people rarely read and sometimes don't even know what they are agreeing to. It is necessary to develop mechanisms for the control of ‘Terms of Use’ within the framework of national legislation. Unfortunately, in South America it is impossible to apply European practice of developing common regional measures, so you will have to create a one for each country,” concluded Zambrana.

The Russian representative in MAG, Roman Chukov, also joined the discussion and noted that the pandemic taught us to share responsibility and rights on the Internet and to take into account the views of all stakeholders. “It is necessary to develop new rules of the game. The UN is already actively engaged in this, for example, the UN Secretary General recently proposed creating a Global Digital Compact. I hope that his initiative will be supported all over the world,” he concluded.

In general, countries around the world are trying to establish rules for digital platforms, from Australia to the United States. Moreover, the measures are similar to each other, so the regulatory framework of one region can be revised in one way or another for another region, of course, with taking into account local specifics.

The XVI Internet Governance Forum is taking place in Katowice (Poland) from 6 to 10 December. The main theme of the event is “Internet United” - an open, free Internet that unites all its users into a single community. An Internet that respects the rights of every user.