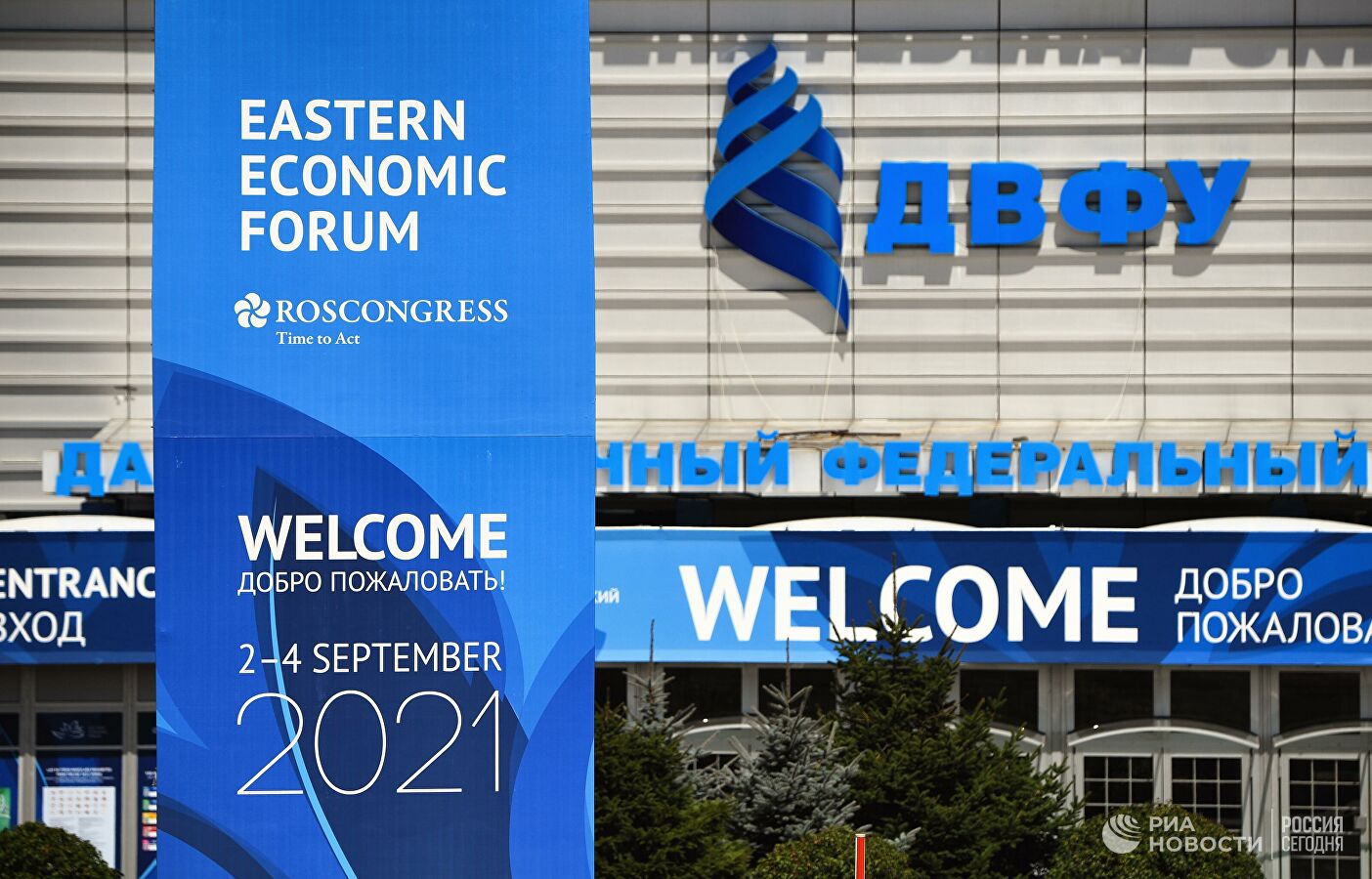 The Eastern Economic Forum starts on the Russky Island in Vladivostok.

The EEF takes place on September 2-4 on the campus of the Far Eastern Federal University (FEFU). The main topic of the forum this year is new opportunities for the Far East in a changing world.

The event is planned in a hybrid format: some of the guests will take part in it online. In total, about four thousand participants are expected at the forum.

The first day of the forum will open with the Russia-ASEAN business dialogue, within the framework of which prospects for the implementation of joint energy, agriculture, timber processing industry and tourism projects will be discussed.

Also, on the morning of September 2, a plenary session of the International scientific conference “Historical and modern trends in Russia–Mongolia relations: towards the 100th anniversary” and a session of the Valdai Discussion Club "Global Challenges and Opportunities for the Far East and the Arctic" will take place. The forum participants will determine what factors need to be taken into account for the successful development of the Far East and the Arctic region, including against the backdrop of the coronavirus pandemic.

In addition, at the first sessions of the EEF, participants will discuss the challenges and prospects of the Russian labour market, the state of small business in the Far East, tourism issues, opportunities for the development of the agricultural sector in the macroregion, prospects for increasing GRP and tax revenues from the oil and gas industry and other topics.

On the same day, President Vladimir Putin, who flew to Vladivostok the day before, will visit the Far Eastern Maritime Training Center of the Nevelskoy Maritime State University, and then arrive at the FEFU campus at the forum site. There he will be presented with a project for the development of the Far East. In addition, on Thursday evening, Putin is expected to hold a meeting on the socio-economic development of the Far Eastern Federal District.

On Friday, September 3, at 15.00 local time (8.00 Moscow time), a plenary session of the forum is planned. President Putin will speak at it in person, the leaders of Kazakhstan Kassym-Jomart Tokayev and Mongolia's Ukhnaagiin Khürelsükh will take part in the online format.

President of Argentina Alberto Fernandez, Chinese leader Xi Jinping, Prime Ministers of India Narendra Modi and Thai Prime Minister Prayut Chan-o-cha will address video messages. It is expected that Putin will communicate via videoconference with moderators and speakers of key sessions of the forum.

On Saturday, September 4, EEF will host the APEC International Higher Education Conference. Acting rector of FEFU Alexei Koshel told RIA Novosti that this year it will become the most representative: the arrival of rectors of universities in Australia, the Republic of Korea, Vietnam, Japan, China is expected. Participants will discuss the contribution of APEC and Africa to higher education, issues of digital transformation in education, as well as cooperation between universities from different countries.