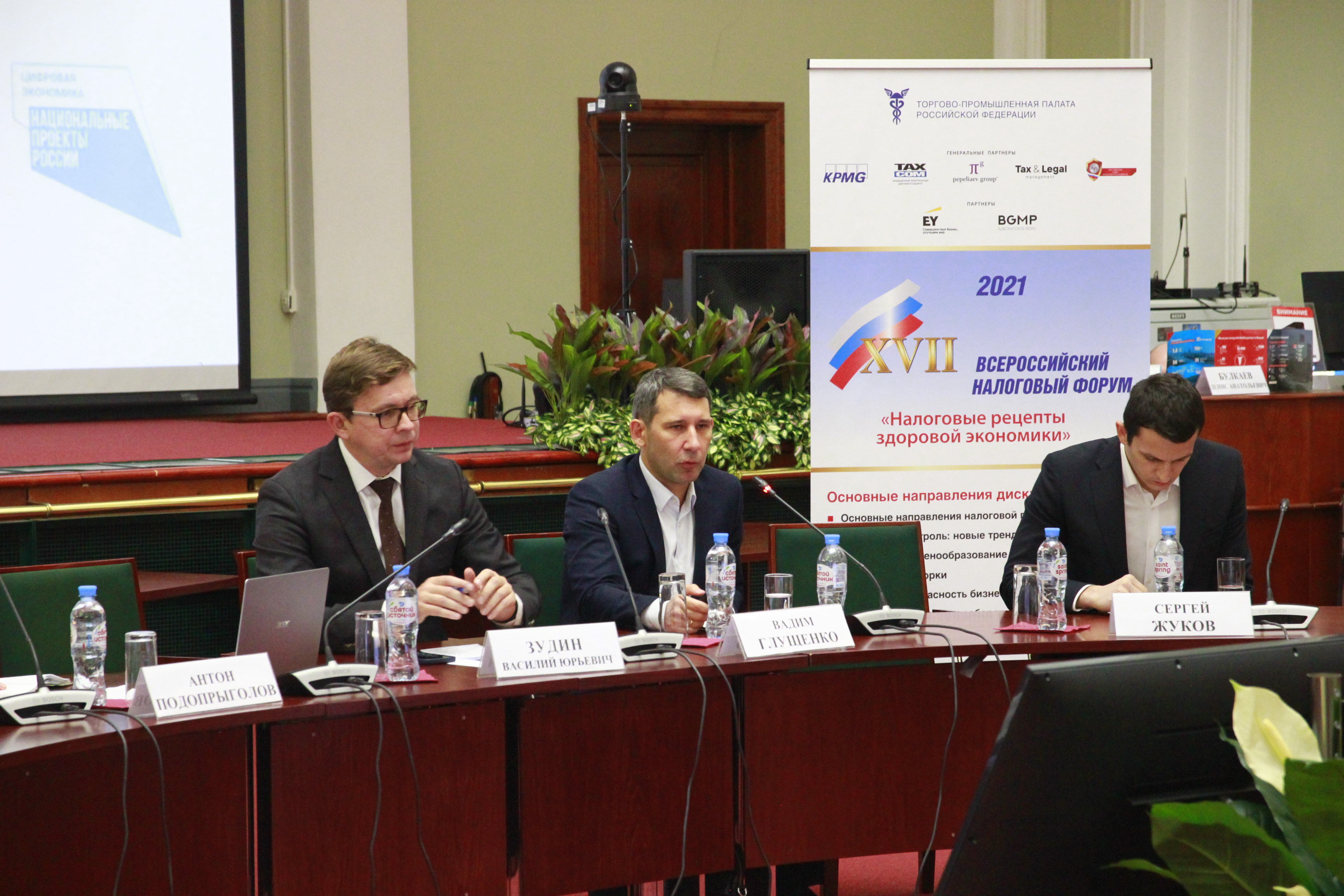 The Center for Global IT-Cooperation took part in the 17th All-Russian Tax Forum which was held in Moscow by the Chamber of Commerce and Industry of the Russian Federation on November 9-10, 2021.

The Forum is an open platform for discussing the most acute and important problems for business and ways to solve them in the field of tax policy. This is a place where representatives of the business community can discuss with representatives of government authorities, together find gaps in legislation and form a balanced position on law enforcement.

In his speech at the forum, the director of the Center, Vadim Glushchenko, spoke about the acceleration of global digitalization, which took place against the backdrop of the coronavirus pandemic in response to the new needs and demands of society in conditions of self-isolation. At the same time, digitalization has brought new risks to human life.

“The digital transformation of business has altered from a competitive advantage into a tool for survival and a guarantee of further prosperity. We are now much more likely to shop online. In 2020, the market of the Russian e-commerce segment reached 2,4 trillion rubles, which is 44% more than in 2019. In 2021, the involvement of businesses in the use of digital technologies among legal entities increased to 93%, among individual entrepreneurs up to 72%,” he said. In general, according to experts, digitalization of business in Russia will give GDP growth of 4-5% by 2024 and contribute to the creation of more than a million new jobs.

At the same time, as the director of the Center notes, digitalization also has a downside - with its growth, cyberattacks and personal data leaks happen more frequently. To protect against these negative phenomena, our country has adopted a law on self-regulation of social networks (No. 530-FZ), obliging them to independently identify and block prohibited content. There is also the so-called “landing” law (No. 236-FZ) that obliges foreign information resources with an audience of more than half a million Russian users per day to open a branch, representative office or authorized legal entity in the country.

The Center’s Director also noted that in recent years work has intensified on reforming the rules of international taxation of global digital platforms. The main work is carried out at the OECD and within the G20. Thus, at the recent summit in Rome, the leaders of the G20 supported the OECD's initiative to introduce a minimum global 15% tax for transnational corporations. In addition, now the amount of taxes will depend more on the countries in which companies operate and make a profit, and not on where they are registered. According to various estimates, the introduction of the minimum tax will bring more than $ 150-190 billion in additional revenues to the budgets of countries where large corporations operate. This will take time, however, as each country must now introduce this global agreement into its own legislation. Russia is expected to sign an agreement on corporate taxation in 2022. “Thus, we are following a global trend, improving the legal framework for transparent and mutually beneficial work with global digital platforms,” concluded Vadim Glushchenko.