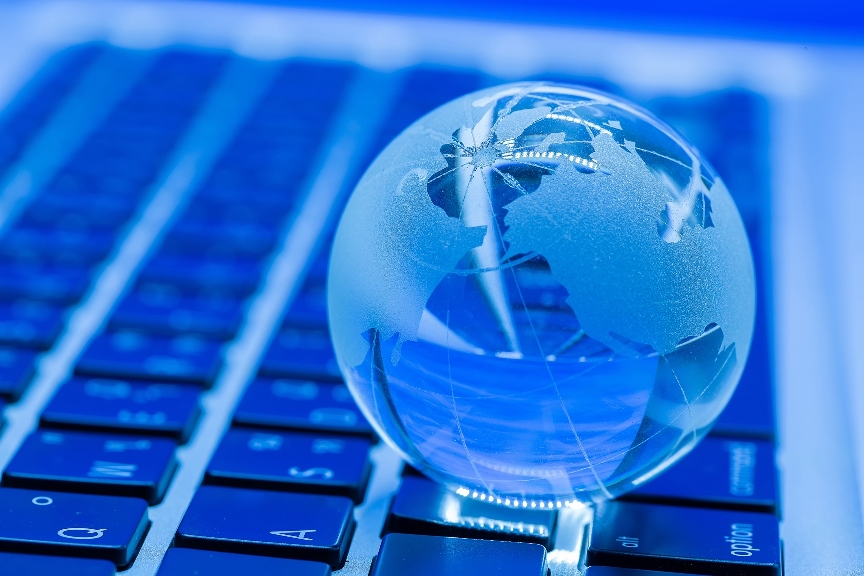 New reality: global problems of the Internet and digital environment will be discussed in Russia

Two forums will raise issues of legal regulation on the Web and professions of the future.

In Russia, the developing of the programme of the Youth Internet Governance Forum (Youth RIGF) is under way. It will be held in April 2022 for the second time. Last year, the organizers focused on social networks and bloggers, this year the main topics are the development of the gaming industry, the professions of the future, and fight against the destructive content. The Center for Global IT-Cooperation is the main organizer of the event. Internet Governance Forum (IGF) under the auspices of the UN, which is scheduled in 2025 in Russia will be also organized by the Center. What problems of the digital environment excite experts most of all and why they need to be discussed – in the Izvestia’s article.

The choice of the key theme of Youth RIGF 2022 was influenced by the success of Russian eSports players in the international arena. In October last year, the domestic Team Spirit won the Dota 2 World Championship for the first time. Many young Russians watched the competition with interest, and some university professors let students leave their classes to watch the broadcast, said Vadim Glushchenko, director of the Center for Global IT-Cooperation.

“The jubilation was almost the same as when Russia beat Spain during the 2018 World Cup. Such kind of success increases interest in the gaming industry, just as many children start playing sports after the Olympics. For some, eSports becomes a dream profession, although often many do not understand what is the difference between a gamer and an eSports player, what is the percentage of success, how games are created, what is the payroll in the industry, and so on. It is important to look at the situation objectively, from all angles. It's no secret that eSports issues are often considered in the context of gaming addiction,” Vadim Glushchenko said in an interview with Izvestia.

The video game market in Russia is one of the fastest growing in the digital environment. In the pandemic year of 2020, it grew by 35-40% and reached $2.3 billion. According to experts, growth will slow down a little in 2021, but then resume.

But other issues will be also discussed at Youth RIGF 2022. One of the key topics that worries today's young people is the professions of the future. According to the director of the Center, the shortage of IT personnel in the Russian market ranges from 500 thousand to 1 million people, but not all employers are ready to hire recent graduates, due to the fact that for the last few years they have studied mainly remotely. Forum participants will be able to directly ask their questions to industry representatives.

“How will the profession chosen, for example, by the humanitarian, change in the digital age? We want to attract the attention of young people to IT specialties and the development of digital skills. And this is especially true for attracting young women to IT industry. As you know, IT is mainly a “male” sphere, but the shortage of personnel can be replenished with popularizing such specialties among women,” he said.

Glushchenko adds that it is necessary to pay attention to the problem of destructive content, the distribution of which in the online space continues to gain momentum, to find out what young people think about it and how they propose to solve the problem. “I am sure that the young people read a lot, are engaged in self-education, are interested in the environment in which they live, and want their voice to be heard in matters related to the Internet. We give them such an opportunity as part of the Youth RIGF,” he said.

In 2025, Russia will host the United Nations Internet Governance Forum (IGF). It will take place for the 20th time. The Center, despite its relatively young age – only one year – already has a successful experience of working at the IGF: at the forum held in Katowice, Poland, in December 2021, it prepared two workshops and contributed to the organization of the main session – on the topic of emerging regulation in digital environment.

More than 10,000 people took part in IGF 2021, a record in the history of the event. Over a thousand speakers from 175 countries spoke at the forum site. Together with the participants, they discussed economic and social inclusion and human rights in the digital environment, ensuring universal access to the Internet, emerging regulations, climate change and other topics.

Russia was represented at the forum at a high level for the first time. Deputy Prime Minister of Russia Dmitry Chernyshenko and Chairman of the State Duma Committee on Information Policy, Information Technologies and Communications Aleksandr Khinshtein spoke at key sessions.

International experts showed great interest in the discussions organized by the Center. The workshop “Clash of Digital Civilizations: Governments and Tech Giants” was devoted to discussing the “rules of the game” for digital platforms. At the session “All we need is YOUth: connecting young people and ICT”, important Russian initiatives were presented: the Youth Digital Ombudsperson initiative (YDO) and the Alliance for the Protection of Children in the digital environment.

One of the main topics of discussion was the promotion of Russian practices to protect young users of the World Wide Web in the international arena. For example, it was proposed to create a global network of YDOs, and to hold a meeting with ombudspeople from different parts of the world at IGF 2025.

The Center for Global IT-Cooperation also participated in the development of the final document of the IGF Global Youth Summit, which was held on the sidelines of the forum for the first time.

Preliminary preparations for the 2025 forum have already begun – the Center is collecting proposals for the future programmme. It is still difficult to name the main topics, but IGF always has certain tracks within which sessions are formed, explained Vadim Glushchenko.

“It can be assumed with a high degree of certainty that they will not lose their relevance in 2025. These are, for example, trust and security on the Internet, regulation of the digital environment, ensuring universal access to the World Wide Web, environmental protection and climate change in the context of ICT development, and others”.

As the date of the forum approaches, the programme will be updated. During IGF 2021 in Poland, the Center conducted a survey of foreign participants and speakers about which topics they think should be a priority in 2025.

Most often, experts touched upon the issues of economic recovery after the pandemic and the associated rapid digitalization of developed countries, on the one hand, and the continuing digital divide with less developed countries, on the other. For example, in Africa, Asia and South America, there is concern that the state of digital infrastructure does not allow for quality distance learning and work. The Global Digital Compact proposed by the UN Secretary General Antonio Guterres, which, among other things, would overcome the digital divide and provide equal access to the resources of the World Wide Web for the entire population of the planet, can solve this problem. It is hard to believe, but now almost 3 billion people on Earth are deprived of such an opportunity.

At the same time, the growing influence of transnational Internet giants on economic and political processes makes us think about their responsibility to users and the state. In this regard, the regulation of global digital platforms was also discussed in Poland.

According to Glushchenko, regulatory measures need to be developed jointly. Many countries are improving their legal systems and adopting similar approaches.

“It is clear that it will not be possible to create universal legislation due to the differences in the legal systems and realities of a particular region. But sharing experience, studying best practices and implementing them is a great opportunity to develop international cooperation in this area. And we, as the Center for Global IT-Cooperation, are ready to promote the initiatives of the Russian expert community in the international arena. For example, IGF 2021 participants expressed vivid interest in Russia's experience in “landing” global IT companies, which was presented at the aforementioned session on regulatory issues.

As Roman Chukov, ex-representative of Russia in the IGF Multilateral Advisory Group, noted, three years ago the concepts of “Internet regulation” and “rules of the game” were considered inappropriate among experts. Now, many countries have begun to actively apply national legislation to regulate the activities of global digital platforms.

“Digital platforms are becoming strong players, and in this regard, clear and transparent regulation is needed. And the forum is very important precisely as a civilized platform where experts can agree on something. Our ideas, which we talked about three years ago, are now becoming relevant, and we hope to reach the very “rules of the game” in cyberspace by 2025,” he told Izvestia.

Chukov added that the pandemic has spurred the transformation of the digital environment – the structure of the labour market, communication formats are changing, and all this needs a high-quality regulatory and legal approach.

“We don’t want the pandemic to happen online at some point. We advocate that the Internet space be protected by certain international legal frameworks, treaties and conventions, possibly the Global Digital Compact. And we believe that all players must bear some responsibility so that the ultimate user will always have access to the Internet and uninterrupted communication, and our children are protected from harmful content and digital threats,” he concluded.