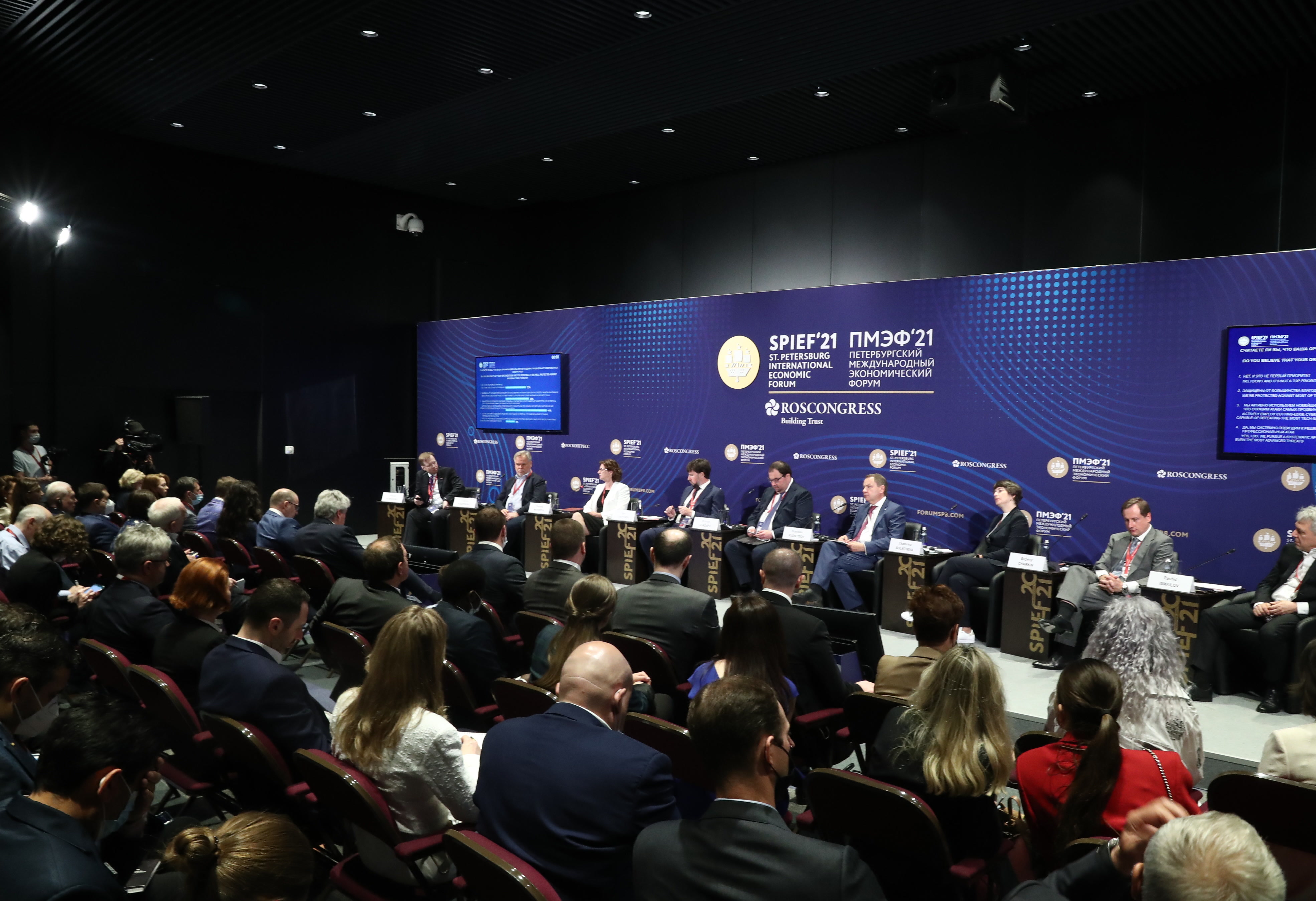 “On average, a Russian citizen spends about 7 hours on the Internet which equals almost a full-time working day,” said Tatyana Matveeva, Chair of Presidential Directorate for the Development of ICT and Communication Infrastructure. According to her, in 2020, content consumption on the Internet has exceeded the consumption of content in classic media. In addition, according to VTsIOM, about 50% of citizens realize and understand that regulation is needed on the Internet, and they are quite positive about it. So, Matveeva underlined the importance of the bill regulating the work of IT giants in Russia(according to it, IT companies are obligated to open local offices of they want to continue operate in Russia) and hoped that it would not come to blocking online platforms.

The Minister of Digital Development, Communications and Mass Media of the Russian Federation Maksut Shadayev believes that the time has come to move from the “paper” security of the digital environment to the real one.

“The moment has come when this issue must be raised, and there must be a general mobilization and a change of priorities. … Despite all possible efforts to improve the technological sphere, if this does not become a guarantee of a comfortable and safe human existence, then the efficiency of IT investments will be extremely small,” he stressed.

In turn, the general director of ANO Dialogue Alexei Goreslavsky said that more than half of Russians (54%) assess the security of their data as low.

Ilya Kostunov, Advisor to the Deputy Chairman of the State Duma, noted that during the session a very important thesis was said that there are no global rules on the Internet.

“The rules of transnational corporations and social networks - for all good versus bad, are not followed, which is why states start to demand the removal of pornography, drug advertising, propaganda of extremists, insults and so on. Since more than half of users are not sure about the security of their data, the state is obliged to ensure data protection, at least in the Russian segment of the network, as well as to inform about the real risks and dangers of exchanging personal data for different services in foreign "information jurisdictions", especially when companies demonstratively refuse to open local office”.

The topic of responsibility for compliance with the rules for protecting critical infrastructure and management systems of government agencies was also raised during the session. It is possible that in small state organizations the system with analogy to fire safety can be implemented. When, along with the fulfillment of the requirements, a responsible person is appointed and he or she undergoes regular training and knows the contacts of specialists from the Ministry of Emergency Situations where you can apply for advice.

Tatyana Matveeva expressed the hope that ‘the switch’ will not have to be used. But it is important that the state has it. This means that there is a tool for protecting the information space and ensuring the operation of Russian laws. And it is important to constantly explain to citizens how exactly the implementation of laws protects the rights of citizens, society and the state, why at this time there is such a balance of freedom and responsibility in the network and to what condition we are moving in the future. “The attractiveness and clarity of the Russian image of the future information space will provide support and assistance to citizens within the country, and there is also a high probability of winning the sympathy of residents of other countries, the international community of specialists,” the expert summed up.