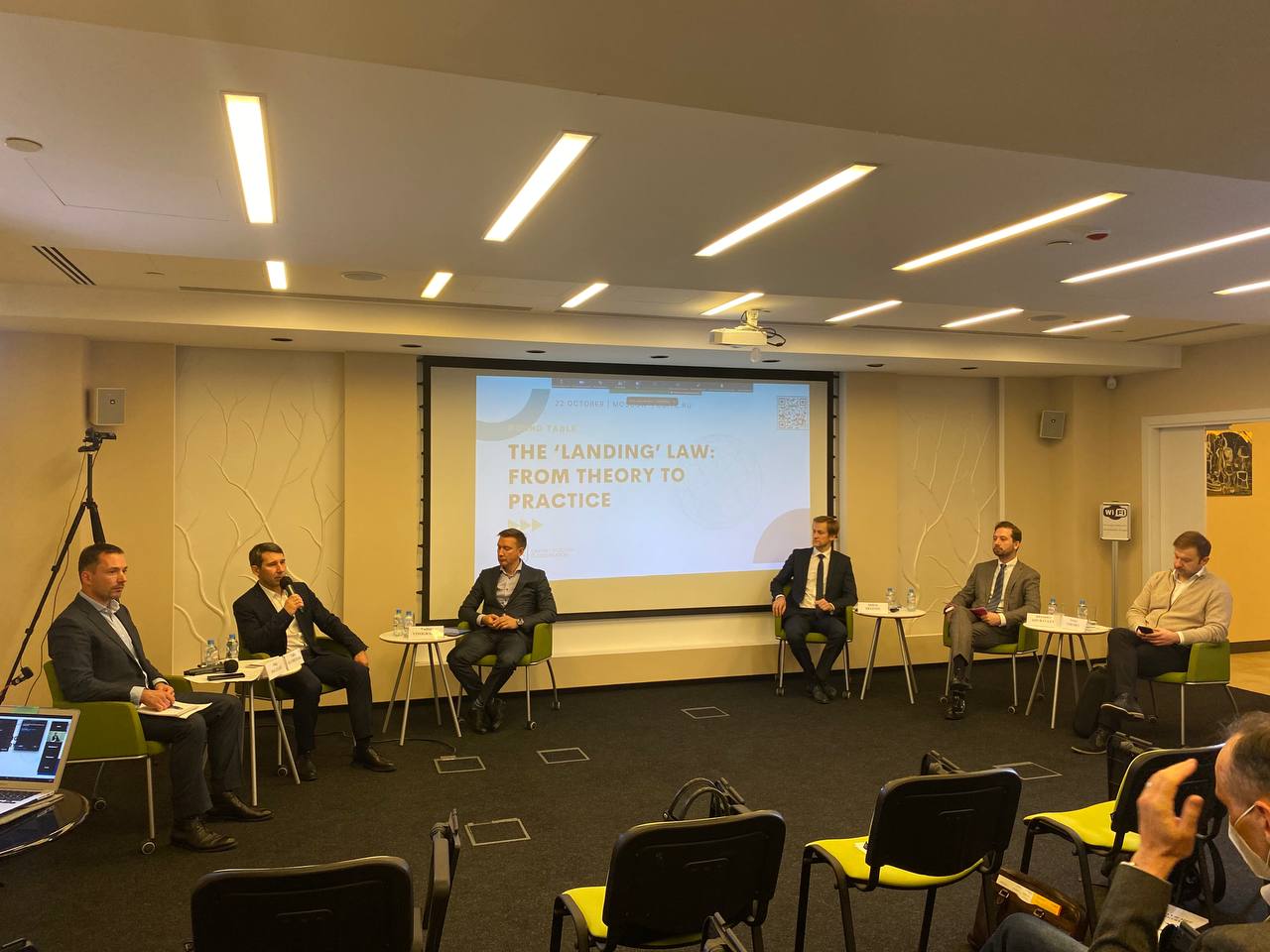 Soft landing: Roskomnadzor is ready to meet foreign IT companies halfway to fulfill the ‘landing’ law

On October 22, Moscow hosted a webinar “The ‘Landing’ Law: From Theory to Practice” organized by the Center for Global IT-Cooperation, dedicated to the prospects for the implementation of Federal Law No. 236-FZ “On the activities of Foreign Entities on the Internet Information and Telecommunications Network on the Territory of the Russian Federation”.

The discussion was attended by the head of the working group on legislation in the field of Internet technologies and digitalization of the Civic Chamber of the Russian Federation Vadim Vinogradov, Director of the Center for Global IT-Cooperation Vadim Glushchenko, Managing Partner of Lindings Law Firm Andrey Zelenin, Chairman of the Commission on Legal Support of the Digital Economy of the Moscow Branch of the Russian Bar Association Alexander Zhuravlev, Vice President for Government Relations of AliExpress Russia Sergey Lebedev. During the event, the head of the department for control and supervision in the field of electronic communications of Roskomnadzor, Evgeny Zaitsev answered the questions of the webinar participants (representatives of foreign IT companies and consulting firms) regarding the enforcement of the law. The webinar was moderated by Oleg Poletaev, Director of Digital Business Development of the Interfax Group. Well-known global IT platforms operating in Russia were invited to participate, including Google, Facebook, Apple, etc., legal and consulting companies.

The desire to formulate mutually acceptable rules of the game for all participants in the digital market and to maintain a balance of interests of the state and global digital platforms is a trend characteristic of many countries of the world and supranational associations. “As practice shows, states and platforms, despite their differences, often manage to find a common language. Today's webinar fits perfectly into the logic of joint efforts of all parties interested in such a digital future, and demonstrates that the Russian Landing Law is part of a global trend,” said Vadim Glushchenko, Director of the Center for Global IT-Cooperation, in his opening remarks.

Explaining the specifics of the ‘landing’ law, Vadim Vinogradov emphasized that it is aimed primarily at protecting the rights of the Russian citizens and resolving a situation in which it is impossible to build an effective dialogue with foreign IT giants. “The Russian market is important for international Internet players, as they earn billions of rubles on it, so it will hardly be difficult for them to maintain permanent and full-fledged offices in Russia,” he concluded.

Andrey Zelenin, in turn, noted that, taking into account the specifics of the activities of foreign companies, and the restrictions on international travel caused by the pandemic, the government of the Russian Federation should consider the possibility of amending the legislation to facilitate some of the technical difficulties in registering legal entities with foreign participation.

In the second part of the webinar, Evgeny Zaitsev demonstrated an example of a foreign person's personal account and presented a roadmap for the implementation of the law. It follows from it that until April 1, 2022 foreign IT companies will be able to continue the dialogue with the regulator if they encounter difficulties when registering an office in Russia. According to him, Roskomnadzor will not be “playing hard”, the main task of the regulator is to negotiate with foreign IT companies, therefore “the department is ready to consider each specific situation separately”.

The recording of the webinar is available on the website and YouTube channel of the Center for Global IT-Cooperation.