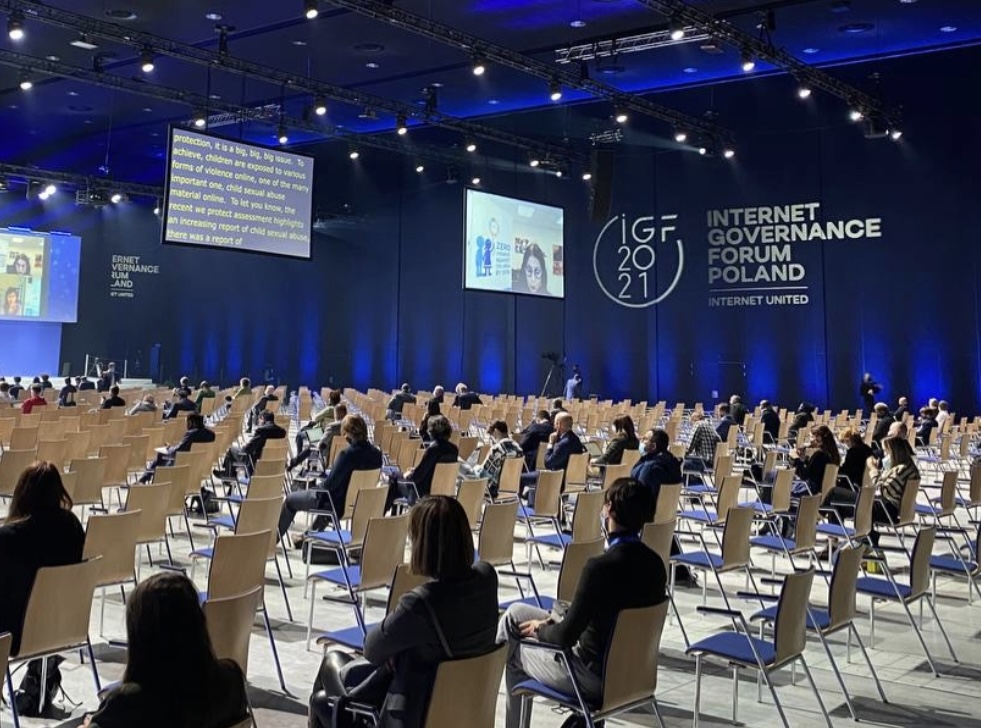 Today, on the sidelines of the UN Internet Governance Forum, a youth day took place, which included a number of activities for both young participants of the Forum and qualified experts.

In particular, the Global Youth Summit was held – one of the traditional tracks of the IGF, which promotes dialogue between young people and all stakeholders on priority issues for youth Internet governance.

Youth Day, like the entire Forum, was held in a hybrid format and provided an opportunity for young people from all over the world to take part in the large-scale discussions about the development, technology and future of humanity in the digital era. This year, a significant number of high-level participants are present at the site, including representatives from the United Nations, the European Commission and the Polish government, who communicate on as equals with young people. UN Under-Secretary-General for Economic and Social Affairs Liu Zhenmin read out a message from UN Secretary General António Guterres to the IGF youth, where he noted the need to listen to the ideas of a new generation, as well as the importance of developing a Global Digital Compact, an initiative proposed in September this year by the Secretary General himself.

Of particular note is the session organized by Kaspersky Lab, a recognized Russian leader in the field of cybersecurity which is widely known abroad. The session, titled “The Cyber ​​Stability Game: Exploring the Challenges of Technical Attribution” rocked the Forum's exponential pace by conducting real-time simulations of the development of scenarios for various cyber threats.

Young participants of the Forum were asked to identify possible risks and ways to minimize them online. Using skills and knowledge in the field of cybersecurity, young people in real time looked for the legal and most effective methods of solving cyber problems.

Also, within the framework of the IGF Global Youth Summit, Alina Ustinova, a member of the team of the Center for Global IT-Cooperation, spoke on the issues of distributed ledger technologies with the results of the fruitful work of the Emerging Regulations group.

The Global Youth Summit concluded with the awards ceremony for Wiki Youth, an open competition designed to engage young people in initiatives that are actively contributing to a more inclusive Internet for all users.

The final chord of the first day was a gala concert, which introduced the participants to new bold musical interpretations of Chopin and the works of contemporary Polish composers.