EXPERTS SAY WHY FOREIGN IT COMPANIES SHOULD OPEN OFFICES IN RUSSIA 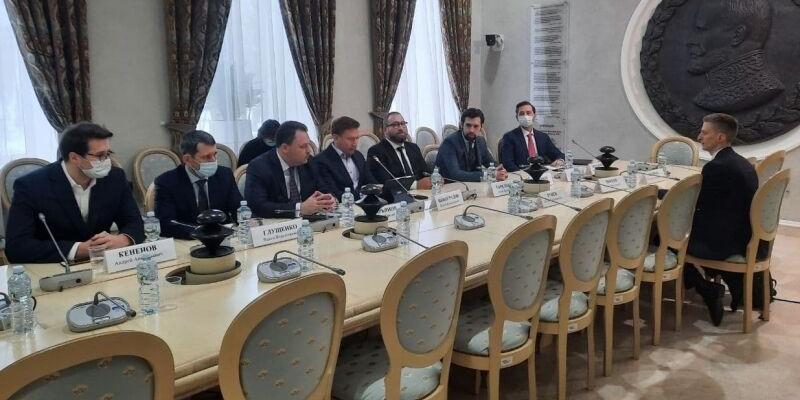 The Civic Chamber held a round table called ‘Dialogue with a Digital Giant’: Why foreign IT companies should open their offices in Russia’ to discuss the problem of regulating foreign online platforms that operate in Russia.
Earlier President Vladimir Putin instructed the government to prepare proposals for additional regulation of foreign digital companies operating in Russia by August 1. The discussion on this topic involved industry experts and representatives of online platforms that already have offices in Russia.

Vadim Vinogradov, head of the RF Civic Chamber’s working group on legislation in the field of Internet technology and digitalization explained that the emergence of a representative office in Russia will make it possible to build a constructive dialogue with foreign companies on topical issues:

"There is a need for effective tools to ensure compliance with legal norms. In this sense, such representative offices <...> are very important because this provides an opportunity to conduct a dialogue with foreign IT-platforms and build a respectful attitude to Russian law and order. Among other things, this involves the issue of paying taxes. In this sense, I think there are quite a few things to talk about. Besides, it is important to put this dialogue in a civilized channel".

Artem Kiryanov, chairman of the Russian Taxpayers’ Union, stated the fundamental importance of equal conditions for all players in the Russian digital industry. He cited stats, according to which foreign online platforms account for more than 50% of Russia’s online advertising market, totaling 178 billion rubles in in 2020. At the same time, companies that do not have a Russian representation, " make every effort to evade taxation and not to comply with the requirements of local legislation," while their bona fide competitors find themselves in a much less advantageous situation:

"Today there is an absolutely clear imbalance between those companies that have Russian roots, are registered under the Russian jurisdiction and operate under Russian law, and those that do not provide invoices for their transactions and do not pay taxes...This tax imbalance creates completely harsh and unequal competitive conditions."

He expressed confidence that it would be "fair and just" if foreign companies that make money on Russians paid taxes to the Russian budget.

Vadim Glushchenko, Director of the Competence Center for Global IT Cooperation, noted that many countries are currently facing the problem of updating Internet and IT legislation. The introduction of new regulations, he said, always poses a challenge to both the state and the market players, so we have to weigh up the stakeholders’ arguments and strike a balance.

Alexander Zhuravlyov, Chairman of the Committee on Legal Support of the Digital Economy, Moscow branch of the Association of Lawyers of Russia (ALR), expressed confidence that the work of foreign IT companies in our country should be maximally simplified. For example, their real offices may be replaced by virtual ones, and foreign companies’ subsidiaries may be granted appropriate benefits and state support.
Source: https://ruposters.ru/news/25-02-2021/zachem-otkrivat-ofisi-rossii